Picture From noisey.vice.com By Owen Richards

Open Mike Eagle is an alternative/art rapper from L.A. (originally Chicago) who’s last two solo projects (Dark Comedy and A Special Episode of EP) are some of my favourite rap projects that I have ever listened to. This is largely due to Mike’s hyper-awareness when it comes to writing lyrics. He has this ability to make observations that you never would have thought of, but seem so obvious in hindsight. Mike Eagle’s newfound partnership with British producer, Paul White adds a lot to this project, with the record’s production style being one of its most quirky and effective elements.

Open Mike Eagle was one of the first rappers whose music I was completely captivated by. What I was initially struck by was his flow – it’s pretty laid back whilst being hugely frenetic and rhythmically complex. Eagle raps in a similar fashion to virtuoso instrumentalists; he makes awkward, difficult passages sound easy. His style of rapping on a lot of his songs, particularly on tracks like ‘Admitting the Endorphin Addiction’, is semi-melodic. It’s a really interesting approach to vocal delivery in this genre which adds an extra layer of complexity to his music in an incredibly natural way. This was actually an element of Open Mike Eagle’s music that I didn’t enjoy nearly as much on his last full length project, Dark Comedy, because there wasn’t much harmonic variation across the record, this meant that the melodic element to his flow was exactly the same on a lot of the songs. This is where Hella Personal Film Festival makes such a huge leap forward from Mike’s other work. There’s never a point on this LP where the music feels samey, and this is largely due to Paul White’s prodcution.

Despite the fact that Mike Eagle is the face of this album, this is definitely a partnership rather than a solo project. It is apparent pretty early on in the course of this record that the two collaborators are pushing each other to be better. Mike’s lyrical content inspires quirky, visceral production from White, which then pushes Mike’s flow to change and evolve in order to effectively interact with said prodcution. It makes for a listening experience that is completely evocative of the album’s title. Like a film festival, this record is a display of a huge range of vastly different and fantastically imaginative ideas. What makes it special is that all of these ideas are linked by a consistent, singular personality that Eagle and White inject into each song. 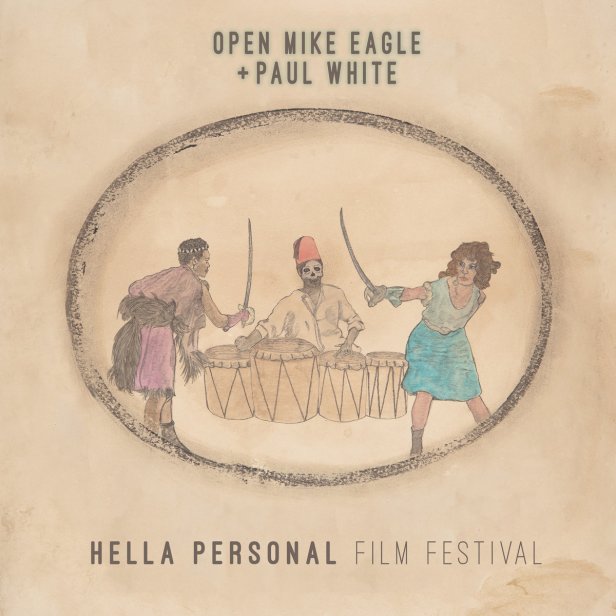 Lyrically, Hella Personal Film Festival is defined by Mike’s comedian-like approach to writing. The majority of the songs on this record are about Mike’s experiences or the observations he has made, a lot of which can seem to be pretty mundane and often quite humerous, but are also able to make powerful statements about society. ‘Leave People Alone’ is a song about the invasiveness of modern society and social media, which launches a Daily Show style attack on the fear mongering tendancies of the 24 hour news media (particularly Fox News!).’Insecurity’ is a humorous take on society’s search for and, ultimately, angry, hypocritical rejection of the truth (“You know what f**k it just lie“). The project is also full of subtle references that reward the patient and the observant. Look out for the attack on Obama’s use of drones in ‘Drunk Dreaming’ and the Power Rangers references on ‘Short Guy That Dies every Night’. I particularly appreciated the nod to the British on ‘I Went Outside Tody’ (“I’m feeling free / £20 on my Oyster Card“).

White’s production is in on a few of these subtle jokes, with the use of the transforming sound from the original Transformers cartoon after the line “Unil we all transform“. With regards to the prodcution, ‘The Curse of Hyper Vigilance’ stands out as one of the more interestingly produced tracks, with the extensive use of saxophones and whistling that give the track a jaunty, almost creepy feel that is accentuated by the use of eerie synths. I also really enjoyed the African rhythms and percussion on ‘Protectors of the Heat’ (which also has an incredibly rhythmically satisfying hook and a great verse from Hemlock Ernst).

Having listened to this record, almost exclusively, for two days, all I can say is that I hope this isn’t the last time these two collaborate. Hella Personal Film Festival represents Mike Eagle’s best work, and despite the fact that this record is one of his most lyrically impressive and relatable, this album is pushed to even greater heights by Paul White’s powerful contributions. This LP is deep, and to quote Eagle himself, the “most unpackable rap record of 2016”.

most unpackable rap record of 2016 https://t.co/vJzQk9BHmo

I can see myself listening to Hella Personal Film Festival on repeat until I uncover every little detail I can find. This may take a while…